Toumanyan's breath and spirit at the "Tumanyan" branch in Alaverdi 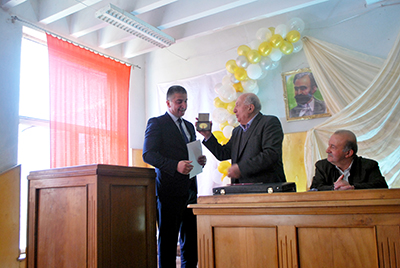 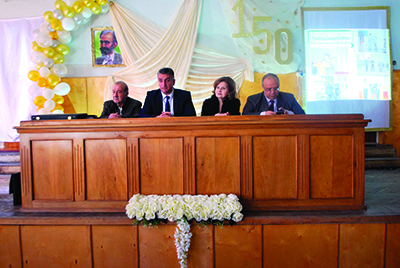 Toumanyan's breath and spirit at the "Tumanyan" branch in Alaverdi

2019 was announced as Tumanyan’s year due to his 150th anniversary.

During the whole year  Northern University will launch interesting and meaningful events at  Tumanyan branch of Alaverdi as well, contributing to the activation of the cultural life of the region.

The launch of the events was made event at the the large hall of "Tumanyan" branch   on March 21, with the  solemn ceremony dedicated to “The Poet  of All Armenians ”titled "Northern University is  faithful to Tumanyan Messages".

For participating in the solemn ceremony the delegation from Yerevan branch consisting of lecturers, administrative staff, pupils of high school, director and teachers with the lead of the rector of university B. Makichyan left for Alaverdi.

The opening speech was made by B. Makichyan, who presented the work done over the past ten years in the sphere of Tumanyan Studies.

The Head of the Journalism  and Public relations of Northern University G. Hakobyan presented  "Tumanyan-150" Action Plan, indicating  the initiatives that have already been implemented.

It is worth mentioning that the Head of Alaverdi Community Sasun Khechumyan, the Head of the Chair of Armenian Language and Medical Terminology at the State Medical University named  after Mkh. Heratsi,  Associate Professor, Henrietta Sukiasyan also welcomed the guests. 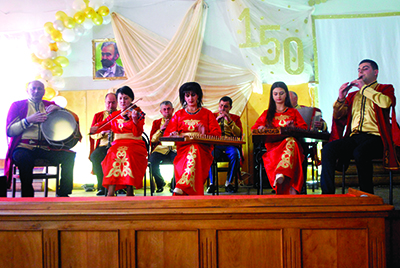